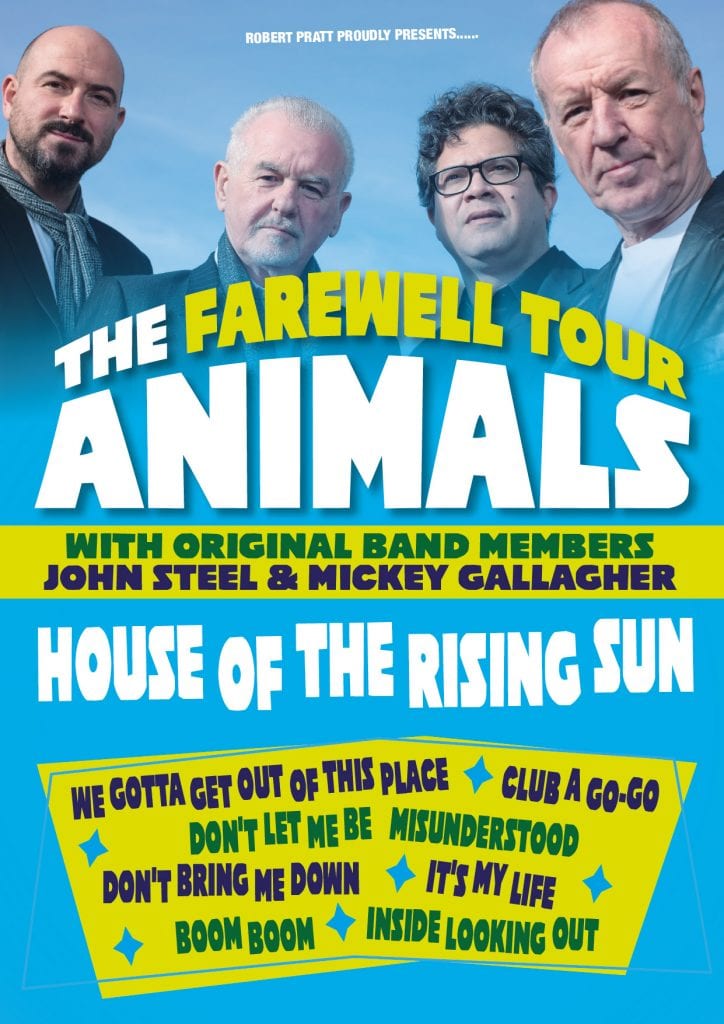 Featuring John Steel and Mick Gallagher of The Animals, plus Danny Handley and Roberto Ruiz. The Animals were the second British band to top the American charts after The Beatles with the now multi-million selling and legendary anthem, 'House of the Rising Sun'. The band subsequently achieved over twenty global Top Ten hit records, many of which gained the Number One slot. In Britain alone, the band had no less than twelve chart entries. After almost 60 years, the legend still grows…