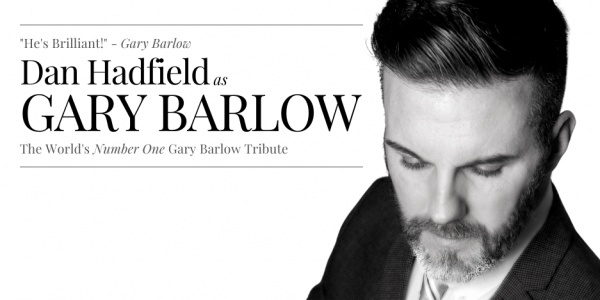 Dan Hadfield is, without doubt, the go-to Gary Barlow tribute artiste in the entertainment industry. He has sung with Gary, appeared as his lookalike on several TV shows, including the Xtra Factor and Miranda, and has had great acclaim both from Gary himself as well as other significant figures in the industry.

Dan will be covering all the greatest hits of Take That and Gary Barlow, including Shine, Million Love Songs, Greatest Day and Back for Good, to name a few