ALEXANDER O'NEAL and his band 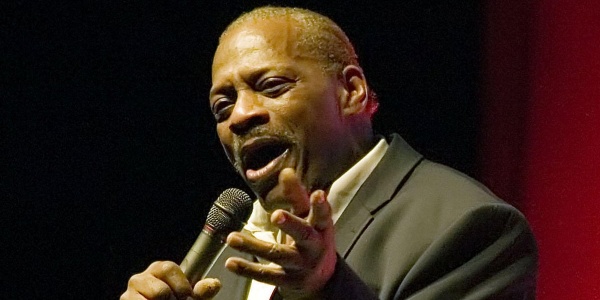 One of the world’s most beloved R'n'B stars!

American RnB singer-songwriter Alexander O'Neal has had a music and television career spanning more than 30 years. O'Neal came to prominence in the middle of the 1980s as a solo artist, going on to release 14 singles that entered the UK top 40 during the '80s and '90s, including If You Were Here Tonight, Fake, Criticize, (What Can I Say) To Make You Love Me and Love Makes No Sense.

Securing his name in the R&B history books, Alexander O'Neal is one of the genre's most iconic names. With chart smash 'Criticize' lighting up dance floors across the world thirty years after its release, his sound has transcended generations.

Signed by Prince back in the early days as part of 'The Time' his journey in and out of various band formations propelled him to be the solo artist that we best know him for today. American born, Alexander O'Neal has created a cult appreciation across the globe. His back catalogue transporting his singles into the UK and Billboard top tens as well as a triple platinum-selling album and ever-expanding discography.

With his heart firmly in the music industry and a loyalty to the thousands that still buy his records, O'Neal's passion to keep his sound alive is ever-present. 2018 will see the release of Alexander’s first original studio album for 15 years, and fans are in for a treat when they hear how one of the greatest voices of all time has matured into a sensational soul and blues sound.

With the release of his hard-hitting, blockbuster autobiography in early 2017 and a 50 date UK tour to celebrate 30 years of the iconic Hearsay album, it’s safe to say that fans still can’t get enough of the man from Minneapolis!