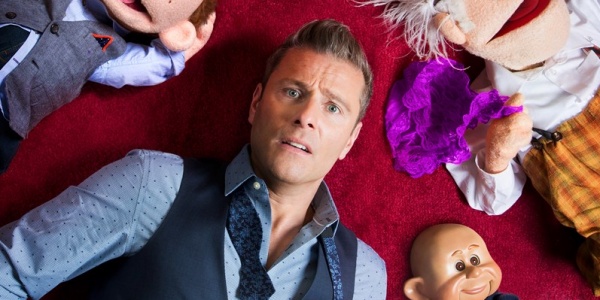 
Dining from 6pm in the Moldy Fig

On Stage at 8pm

Winner of Americaĺs Got Talent - Paul Zerdin and his dysfunctional puppet family bring LIVE entertainment back. Paul Zerdin will include everyoneĺs favourites Sam, Albert and Baby! All using a mixture of master puppeteering, state of the art animatronic wizardry and a unique blend of comedy.

Paul made his TV debut in 1996 as the first outright winner of LWTĺs The Big Big Talent Show, hosted by Jonathan Ross.  Since then he has appeared on countless TV shows including Comedy Central's The World Stands Up, ITV1's Comedy Rocks with Jason Manford, Tonight at The London Palladium, The Princes Trust Gala and has made three appearances at The Royal Variety Performance. His auditions for America's Got Talent have racked up millions of views on YouTube.