Afternoon of COMEDY with ADGER BROWN and HERBIE ADAMS 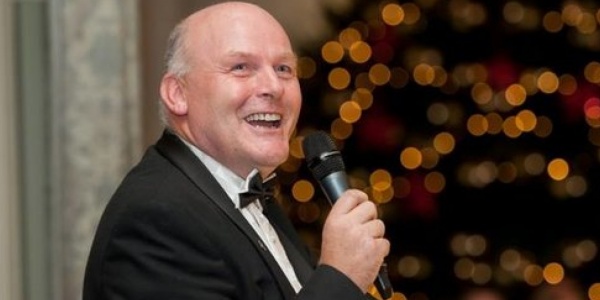 Introducing one of the South's leading and most sought after mainstream comedians. A veteran of the after-dinner circuit and a consummate professional. He has performed with many sports stars and celebrities at events up and down the country. Now in his 30th year in show-business, Adger works mainly on the Corporate and Sporting dinner circuit along with Corporate and Charity Golf Days. He is an active member of The Variety Club Golfing Society, A Barker with The Variety Club of Great Britain and a proud member of the Grand Order of Water Rats.

Finally becoming a full-time comedian in his twenties, he wrote and performed his first one-man show.  Since then, his appearances have taken him around the world and across the UK in theatre, comedy clubs and chains (such as Jongleurs, Jongleurs on the road, The Comedy Club and The (International) Comedy Cellar), universities, cruise ships (Disney, Marella, P&O, Princess), casinos, military shows, touring shows (most recently supporting The Stylistics on their UK theatre tour), comedy festivals, music festivals...

Broadcasts and writing for television and radio include BBC, ITV and SKY.

Has written and performed alongside many of the biggest names in british comedy and now with a mix of music, surreal characters, sharp one-liners and observations... he's a popular headliner on the international comedy scene today.

Starred in many leading pantomimes... most recently with QDOS and Evolution productions.