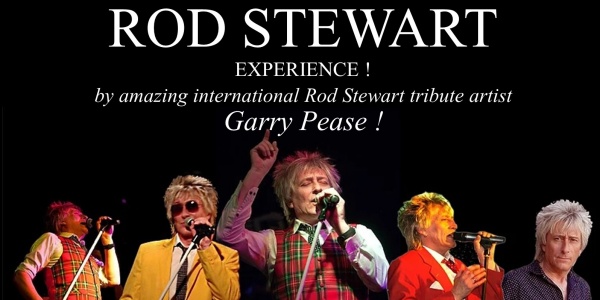 Hotel Deal - Dinner for 2, Accomodation and Tickets for the show! just £105!

There are other Rod Stewart tribute acts, but none is as convincing as Garry Pease. Garry not only looks like Rod Stewart, he sounds like him too!

In an all-action, non-stop tribute show, Garry performs all of the favourites from Rod Stewart’s vast portfolio of songs – everything from the early Faces days through to the Old American Songbook. You’ll hardly know the difference between Garry and Rod Stewart – and once the party gets going, you won’t even care; you’ll be having such a great time.