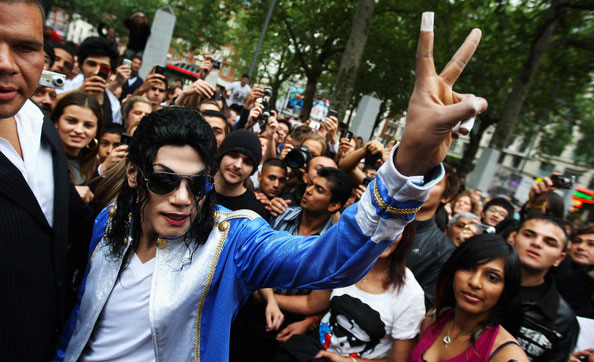 Amazing tribute to the King of Pop

There are far too many achievements that Navi has accomplished to date. The list of a few below will leave you assured that Navi is certainly recognised as the World’s no.1 MJ impersonator. Many tributes around the world make this claim but none have ever come close to reaching the standard that Navi has set. He has been performing as an MJ impersonator for the past 24 years and still continues to captivate audiences.

With a following of 16,000+ on Facebook and having post views over 150,000 a month, no other impersonator can compete. Even on Navi's YouTube channel, one of his videos has had more than 3,000,000 (3 million) views! Navi has become such a force that recently his name had to be ‘trademarked’ as many have attempted to pass themselves off as ‘Navi’.

Navi is the ONLY Michael Jackson tribute that Michael has applauded on several occasions, given a standing ovation to, invited to his home Neverland, and personally chosen to work as a decoy over a period of many years. Navi also has several personal items signed by Michael that he received as gifts over the years. Time and time again Navi was chosen by Michael.