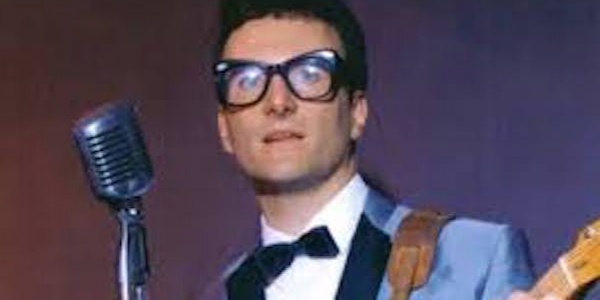 Marc's interest in music started early in his high school days. Hating the uniformed curriculum of music lessons of the day, at home he preferred the excitement of Rock 'n' Roll. Just like Buddy Holly, after leaving school Marc studied to be a Draughtsman and also formed a band. He and the band started performing vintage Rock 'n' Roll songs, all of which he had listened to as he grew up and, of course, they played lots of Buddy Holly songs too.

As Marc sang more and more of Buddy's hits, his audiences remarked on the similarities between himself and Buddy. This inspired him to acquire the tailor made suits, horned rimmed glasses and of course the Stratocaster guitar, and Marc Robinson's Tribute To Buddy Holly was born. Ever since, he has spent his working life bringing Buddy Holly's music and character to the people of Britain, Europe and the Middle East.