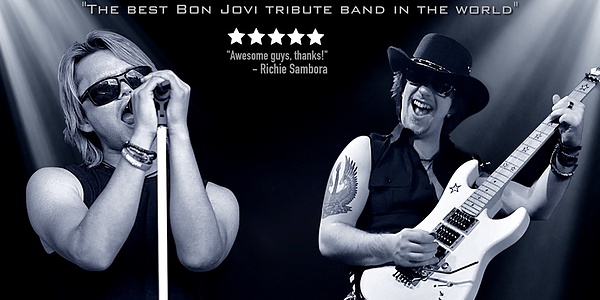 On stage at 9pm
Dancing to DJ until 1am

Are you ready for One Wild Night of Bon Jovi hits? Having performed across the world and featured on the BBC prime-time TV show, Even Better Than The Real Thing, Wrong Jovi will transport you back to the days when Bon Jovi were the best live act on the planet.

Hear your favourite hits including Livin' On A Prayer, Always, You Give Love A Bad Name, as well as rarities such as Blood On Blood, Dry Country, and This Ain't A Love Song.

So whether you're a casual Bon Jovi follower, or diehard fan, get ready for your dose of Bad Medicine.