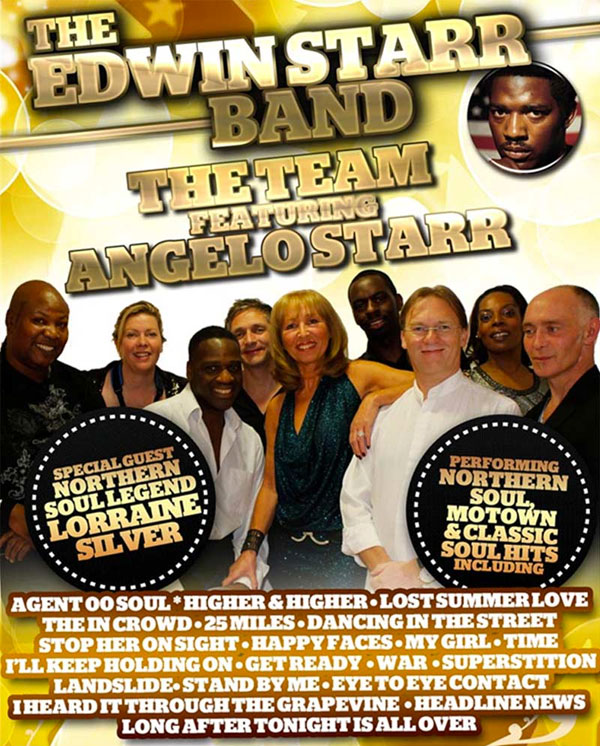 Keeping the legend that was EDWIN STARR and his music alive are his original 7 peice band THE TEAM which now features Edwin's brother and original guitarist ANGELO STARR as lead vocalist. He worked alongside Edwin throughout his career.

Angelo is a distinguised musician in his own right as he is also employed by LEMAR as his MD.

plus other classic "MOTOWN & SOUL covers such as: