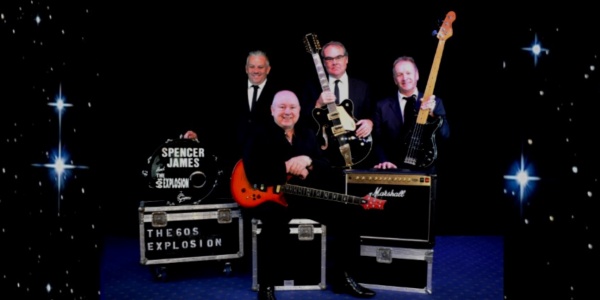 The Searchers were one of the biggest bands in the 60s and they carried on filling venues around the World until their retirement in 2019.

Lead Singer Spencer James, who joined in 1986, carried on touring with his solo show, mixing his solo hit singles and The Searchers with classic songs from the 1950s and 60s.

He has now joined forces with The 60s Explosion. 3 talented musicians, who have managed to capture the 60s sound and wow audiences for years.

New for 2020, Spencer James & The 60s Explosion, promises to give you an evening of live entertainment, packed with hits, laughs and stories that will transport you back to the golden era of music.