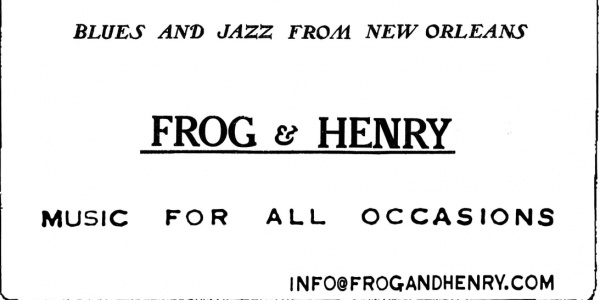 Formed in New Orleans as a collective of several street performing groups, Frog & Henry perform and record old dance and jazz music from the early 1900's on brass and string instruments, with nearly every instrumentalist contributing to vocals. Most of our repertoire is dug up from forgotten songs dating to the dawn of recorded music, in the form of early dance tunes, or from even earlier 19thc sheet music.