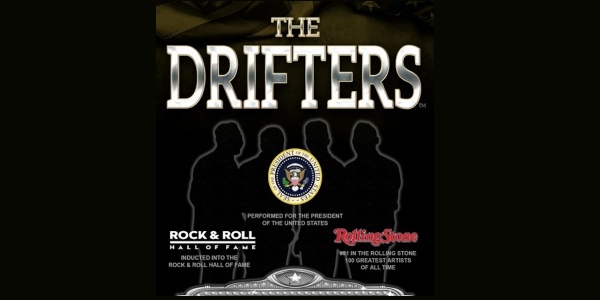 One of the most popular bands of the 20th Century with massive hits on both sides of the Atlantic.

Clyde McPhatter was the lead singer of the group that also saw numerous members of the years but two others stood out above the rest, Johnny Moore and Ben E King.

The Drifters delivered Numerous hits on both sides of the Atlantic that saw them inducted into the Rock & Roll Hall Of Fame in 1998. In 1993 The Drifters were requested by the President of the United States of America to perform at the White House. In 2004 The Drifters were ranked at No 81 by Rolling Stone Magazine top 100 Artists Of All Time.