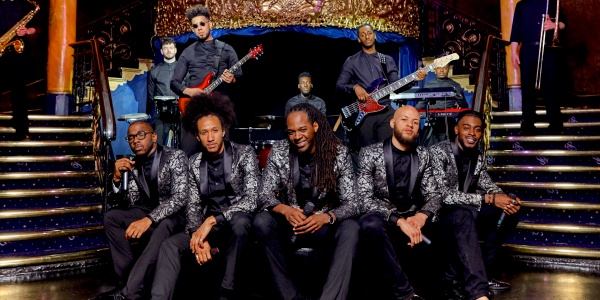 On Stage at 9pm

Flawless vocals, dazzling choreography, sharp suits and the tightest backing band this side of the seventies: The Soul Brothers show is an all-singing, all-dancing extravaganza of the world's greatest funky soul, Motown and current hip-hop, RnB and pop hits. The Soul Brothers singers & band are a collective of the best of the best UK musicians, guaranteed to set your party on fire.

‎The Soul Brothers is the brainchild of Heshima Thompson - vocalist, dancer, actor, bandleader & songwriter. Heshima’s music CV includes performing with some of the world’s biggest names and on its biggest stages: he has toured with Amy Winehouse and written songs for her album; worked with Rudimental, Taio Cruz, John Newman and Salam Remi (The Fugees, Cee Lo Green) among others; and clocked up an online following in the millions on Youtube.