PIE Entertainment are one of the leading bespoke comedy suppliers in the UK and bring this comedy spectacular to the Concorde Club for one night only!

Non stop laughter with comedians to suit all tastes. Have your funny bone well and truly tickled at this great value, unpredictable evening that promises to be full of pure comedy!

Starring a top host and introducing some of the finest and funniest acts on the UK comedy circuit today!

Mandy Muden was the first woman to ever combine magic and comedy on the UK comedy circuit and has received The Magic Circle Award for Comedy in Magic. She leaves audiences astounded with both the brilliance of some (certainly not all) of her magic and in hysterics at her off-the-cuff one-liners and observations. Mandy also appeared on Britain's Got Talent in 2018 and reached the semi finals.

Geordie comedian Richard Morton  is a stalwart of the UK comedy circuit with a career spanning over 20 years. His bounding stage presence, catchy songs and material covering real life situations & quick fire gags has made him a true circuit favourite. His career has taken him to support many house hold names including Phil Jupitus, Lee Evans, Jo Brand and many many more.

Adam Morrison is a Kent based comedian from the Isle of Sheppey, witha strange outlook on life and love and all that it brings will leave you wanting more.Hehas performed alongside some of the biggest names in British Comedy such as Omid Djalili,Romesh Ranganathan, Stephen K Amos and Simon Brodkin a.k.a Lee Nelson to name but a few.

(Host Comedian) Miles Crawford is pure entertainment and has a big personality. Hehas performed at many venues around the world including Dubai, Hong Kong and Singapore and has entertained the British troops on tours of Army bases in Bosnia, The Falklands, Kuwait and Belize.

Get buckled up and get ready for a rip roaring night of big laughs from the professional laughter makers.

Suitable for ages 16 and over. 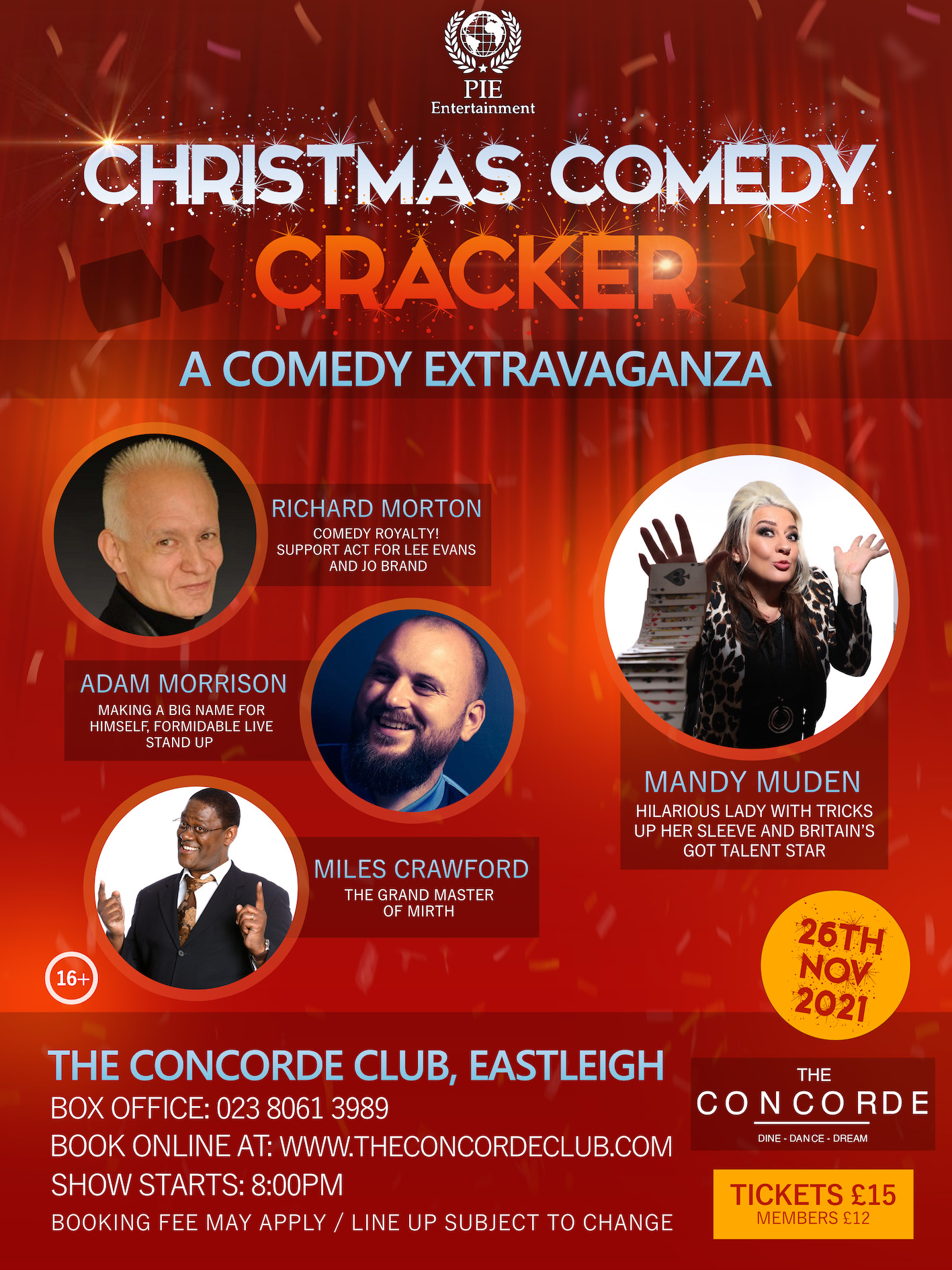